On Saturday November 28th 2009, we held out our semi-formal winter event for the micromouse and small robot builder. Held at Millennium Point in Birmingham and made possible by Birmingham City University, this is an ideal opportunity to get in a bit of mid-year competition and size up the opposition before those long winter nights of robot building and tweaking…

I was not paying as much attention as I might but there was a very gratifying turnout of entrants and spectators from near and far. We had the usual range of maze, related events, the results of which are listed below. Also present again were a number of biped and sumo builders. The photo in the header is of a small robot hacked out of a Meccano Spykee original: 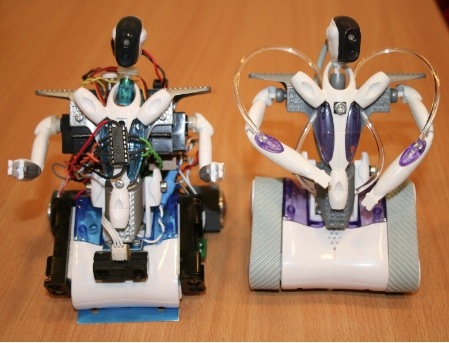 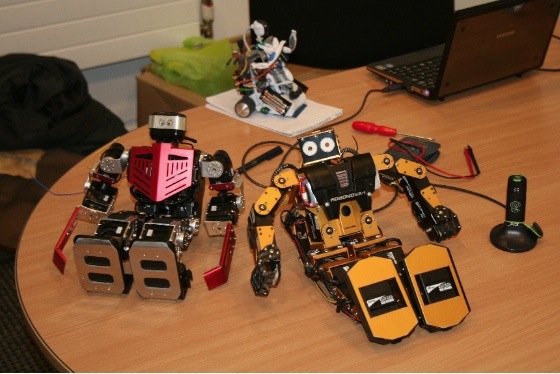 The non-contact wall followers only managed a small number of entrants this time. This is a bit of a shame as anyone who is building a micromouse should give serious thought to making thins one of the stages on the way to a fully functional micromouse.

The maze solvers managed a rather more convincing field for the time of year with several entries, old and new. The maze was not without its challenges with a couple of nasty diagonals to negotiate. 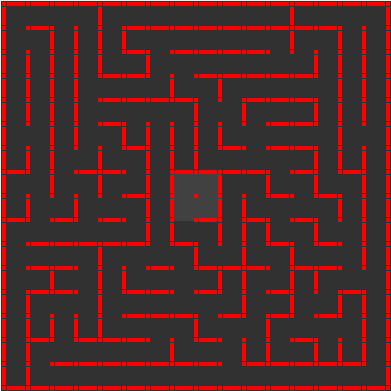 Note that, this year, and from henceforth, we have made a small change to the awarding of prizes to ensure that builders with several mice cannot take a disproportionate number of prizes. Hence the best entry by each builder will get the award. In the table above, the best run time does not necessarily correspond to the best score time. For example, Decimus obtained its best score on its second run even though that took 8.15 seconds. The search time penalties are dominant here and the UK contest really demands a slightly different strategy. If Decimus had only taken about 15 seconds longer in the search before starting it speed run, its score time would have been worse than that of Mouse X.

The route taken by Decimus covered 41 cells at a nominal average speed of 0.96 m/s. This is not a reliable figure since it is calculated by assuming that each cell covers 180mm. This is clearly not the case in practice when mice are running diagonals. Interestingly, this is less than half the speed of the top Japanese and Singaporean mice right now. We still have a way to go.

Actually Decimus was pretty lucky to get a good run at all. the on-board display clearly shows that it added a wall in the lower right cell. That wall could just as easily have been added in a place that would have stopped it running altogether. Evidently, I need to do some adjustments. 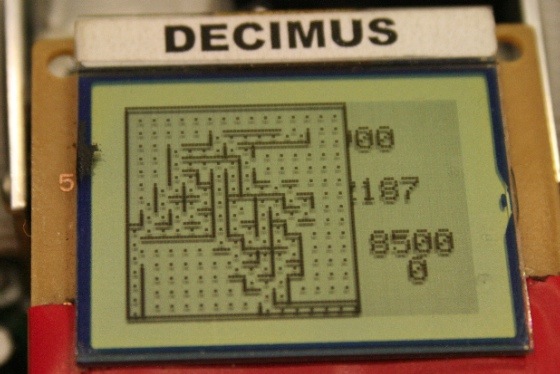 The final event of the day was the time trial. This is a simple run around the outside of the maze with all the walls put in place. This has become quite popular and is a good test of the stability and accuracy of a maze solver.

As this is a simple race, the best score is the same as best time

Time to take a bit of a break from mouse building. Christmas looms large. Plenty of work in the new Year though. I am looking forward to being able to go to the APEC contest at Palm Springs in February.