Techfest 2011 was host to this year’s UK micromouse contest in Birminham on June 25th at Millenium point. With more entries than ever and a wide range of other events, the day was packed full of robot activity.

In fact there was so much going on that, unfortunately, I did not get see any of it apart from the micromouse contest. Once again, there were a jumber of entries from St Joseph’s school in Singapore. The students of St Joseph’s always demonstrate great skills and their entries are a treat to watch.

Also from singapore this year, we saw Peh Lian Soon with two of his mice. Lian Soon has made about 6 or 8 mice and, in November 2010, won the freshman contest in Japan. This year he will be competing in the expert class and I expect him to do well. In common with many, his most recent mouse was using the STM32 chip but the older one, not much slower, used a 8051 derivative proving that you don’t need huge processor power to build competitive mice.

Tim Foden’s entry, Fat Cat, notable for its low-cost approach looked very good and he is making great progress towards a fast mouse.

Derek Hall has now got his code ported to FAB1, the six wheel mouse. It is certainly quick and performed well enough in the heats but failed to run in the final event. My own mice performed remarkably poorly. Decimus 1 has had no loving care at all recently and was never a terribly good performer anyway. Over the last two months, I have re-written almost all of the code for Decimus 2. Unfortunately, that should have been ‘over the last three months’ if I was to stand much of a chance of doing well. The basic mouse is now much faster than before but I had not been ble to set up the turns very accurately and, predictably, the mouse just crashed out before being able to put in a reasonable turn. It did run in the time trials and managed 6.42 seconds. Once fully set up, that time should be under 6 seconds.

The finals maze this year was a re-creation of the Japan 2007 maze. This was quite a tricky maze with a bit of a twist. For the first time in a good many years, there was a solution for left hand wall followers. Indeed, one of the entries used that method to get to the goal. And it did so faster than some solvers. There are several routes to the middle. Some are shown below. A longer route, using the bottom right straights was also possible. 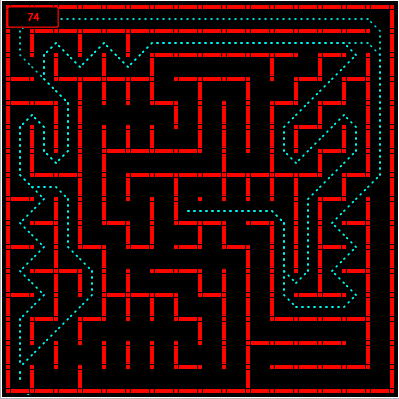 Competition done, we found ourselves in the usual Chinese buffet restaurant for bit of a social get together. 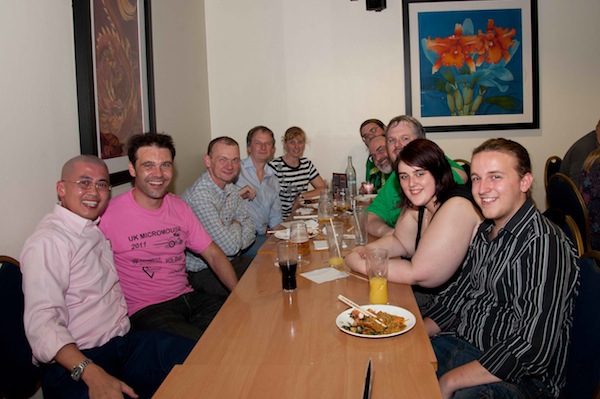 The following results are the best run time scores obtained by each contestant. Remember that the score for the maze solvers is not the fstest run time but is weighted by the search penalty and any touch penalties.

Thanks again to Tony Wilcox and all the people at Birminham City University for all the hard work that made this possible.