The 2016 APEC micromouse contest was held at the Long Beach Convention Center, California on March 21st. A total of twelve mice took part with entries from around the globe. Here is a summary of the results and a look at the maze.

The maze was designed by Gerardo Molina and was fairly typical of APEC mazes. Mice were challenged by a number of different routes and some long straight runs. To compete well at APEC, your mouse has to be a good all-rounder 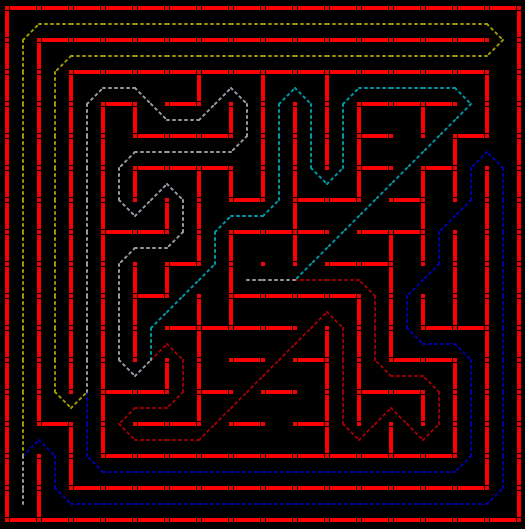 The APEC micromouse rules include a scoring system that encourages fast searching and which has a penalty for picking up the mouse after it has started. This means that a mouse is very unlikely to improve its score after its first fast run. However, there is also a prize for the fastest single run regardless of search time and any touch penalty. Typically then, contestants will allow their mouse to perform a single fast run autonomously and then pick it up to clean the wheels for subsequent runs as they go for the fastest possible time.

The following table gives the best score and the fastest run time recorded for each entrant:

Results and times from the 2016 APEC micromouse contest

Notice the times of the top three mice. These all has vacuum fans providing extra downforce to help them turn quickly. Mice with a fan are likely to be able to turn with centripetal accelerations as high as 4g and straight line acceleration of around 2g. They are exceptionally quick. Check them out in the videos below. We may have to start filming at a higher frame rate.

There are a good number of videos available from this year’s contest:

Derek Hall Made some excellent highlights videos and has several more on his channel.

Green Ye has a playlist showing all the contestants: