Sunday – the big day. Saturday had given me a good opportunity to meet a few people, see the venue and get my mouse adjusted for the local maze conditions but this was it – competition day. We got off to an early start today. Breakfast was at 06:30 and I went down to be confronted with a huge variety of interesting option. I was told later that many of the things I chose were pickles rather than actual dishes so I had to go back and get some more. As it turns out, food was to play a big part in the day’s activities.

We were collected from the hotel at 07:30 for the drive to the competition venue at Lunghua University of Science and Technology. As invited contestants, we were on stage with the other officials and introduced to the other participants and visitors.

Our micromouse event was not on until after lunch so, once the opening ceremony was over, we could watch the other competitions. There was also a chance to practice or test in one of the two mazes that had been set up for the day’s competitions. 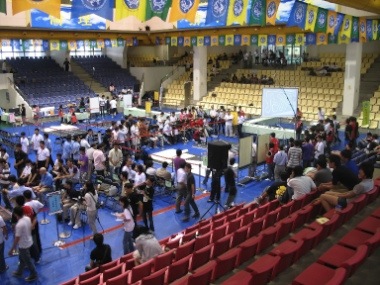 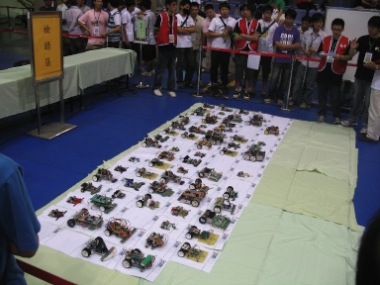 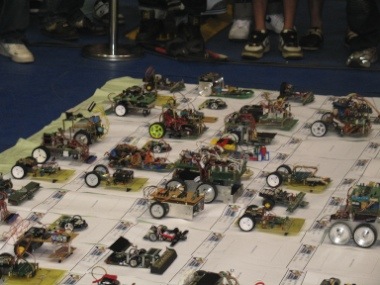 The course for the heats was moderately challenging. It would have been easy except for the wiggle opposite the start-finish gates. This caught out quite a few robots. There are two, identical courses so that two robots could run simultaneously due to the large number of entries. 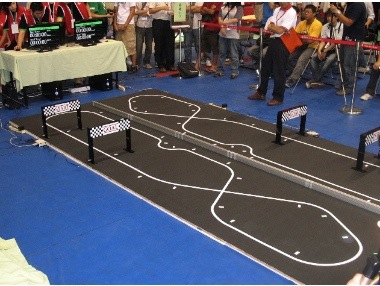 Suddenly it was lunch time and we made our way off to a room that had been set aside for the invited contestants. Here I was delighted to find a rather good lunch had been provided. 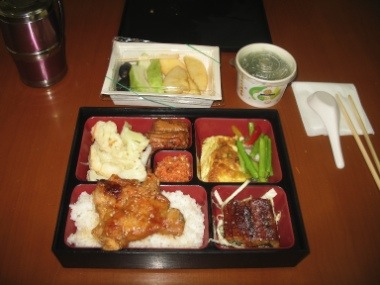 After lunch I went for a little walk about and discovered that, from the top of the building, there was a splendid view of the city.

The afternoon competitions were soon under way and it was not long before it was the final event – ours. Taking part were the invited guests and three local student entries. I confess to being unsure how they were selected. A total of eleven mice were to run in this contest. David Otten, Ng Beng Kiat and Fumitaka Nakashima each ran two mice. The rest of us had one only. At this point the nerves started to set in. Decimus had been behaving badly and I was not confident. In fact, I was unsure it would even complete the course. David Otten reassured me that, if that were the case, I would not be the first, or the last, invited guest to fail to complete the maze. Prophetic words as it turned out. The running order was determined by ballot. While fair, this didn’t really raise the tension during the contest. Normally, the worst anticipated performer would go first and the most likely winner would go last. This keeps the crowd engaged.
A strange thing always happens to me in the contests. I get so focussed on my own mouse that the rest of the event passes in a bit of a blur. However, it was clear that Beng Kiat was going to face pretty stiff competition from the relative newcomer, Kato and his (almost) unique four-wheel mouse. This mouse is quite new and anyone looking at it wants to know how it can possibly do reliable turns. However it manages it, the results are impressive. Performance is excellent and I am not at all sure exactly where it lost out to Beng Kiat’s Min-6. However, lose out it did, achieving second place. Decimus behaved itself long enough to get a couple of decent runs in and came in 5th. The results table looked like this: 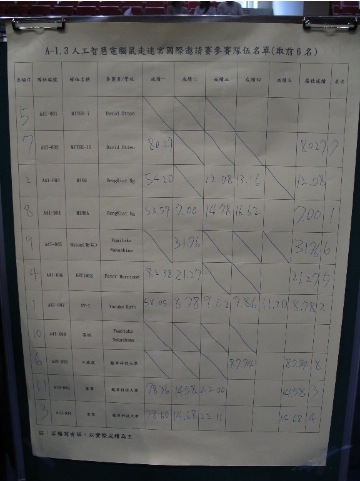 Nakashima’s Shion had some trouble searching the maze but did manage a respectable run in the end although a combination of long search times and crashes prevented it from getting a very good score. His other mouse just could not complete the search and ended up without a score. David Otten’s Mitee-11 found the centre without too much trouble but then could not manage a speed run. Mitee-7, unfortunately, failed to find the middle of the maze.

The competition maze was quite difficult to search. Decimus explored all but about 14 cells before deciding that it had a route. Even then, it crashed on the way back to the start and incurred a touch penalty for its speed run. All in all, I was very pleased with the result. I hardly expected to finish so 5th place in such exalted company was more than enough for me. 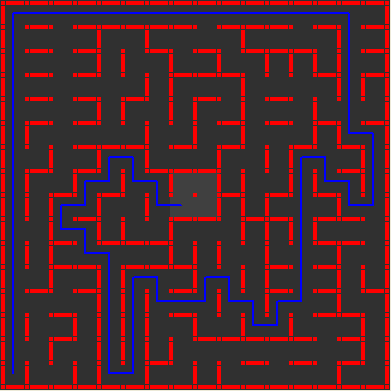 Many mice had trouble with the walls. These were locally made and were moulded from plastic much like the common Korean walls. They did have a very shiny surface that may have caused trouble. Whatever it was, normally reliable mice had difficulty. Still, that is our problem, not that of the wall manufacturer. I was given a couple of walls to take home for testing.

Once all the competitions were over, it was time for the prize giving. The sponsors of the events were extremely generous. Top prize for most contests was NT$50,000 – about £1,000. 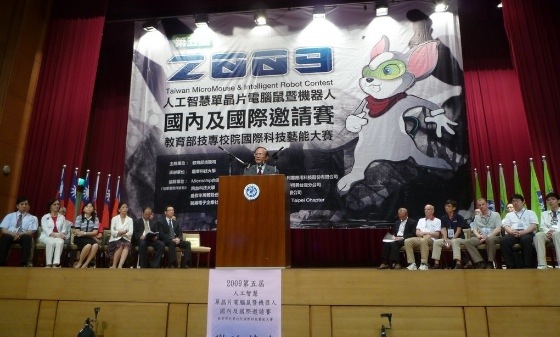 After all the dust had settled, the invited contestants were treated to a remarkable dinner. We were driven off to the Taipei 101 building. This is arguably the tallest building in the world. The exact definition seems to depend upon the category chosen but even where it is not the tallest, it is in the top three. Our dinner was to be in a private room on the 85th floor. It was a clear night and the view over the city was breathtaking. 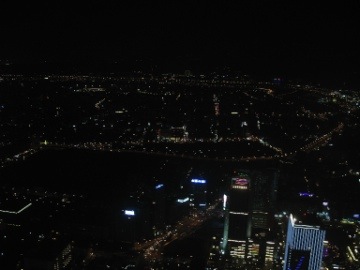 Dinner consisted of a number of Taiwanese dishes. None of these dishes were familiar to me and the ingredients were sometimes not even what I was expecting. This meal was a bit of an adventure all on its own and the whole experience was a delight. 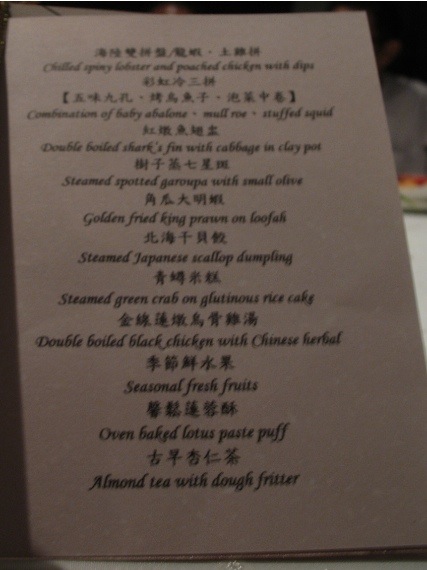 Our hosts included the founder of the University, the principal, the president, vice-president, and several deans. We were in all respects treated as honoured guests and given a fine example of high-level cuisine. Oops – a pun! 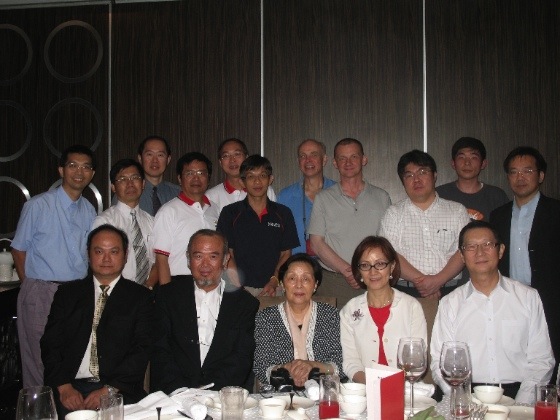 I have no idea what time we got back to the hotel and I was certainly very tired when we did get there but what a day!